Registration for the 24th OR Conferences 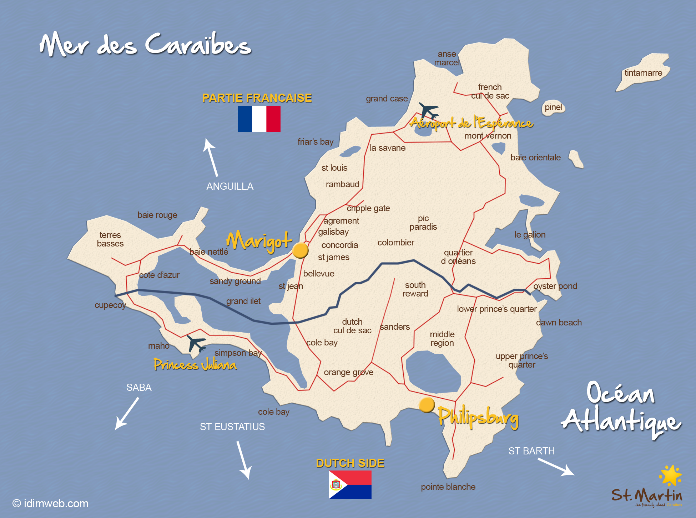 Saint Martin is an island in the northeast of the West Indies, approximately 250 km north of Guadeloupe and 240 km east of Puerto Rico. With a surface area of ​​93 km2, it has about 75,000 inhabitants.
It is divided into two states by an open border of 10 km. The nothern French, is an overseas collectivity since 2007 counting 35107 inhabitants in 2014 (OR);
The southern Dutch, is an autonomous State of the Kingdom of the Netherlands since October 10, 2010, counting 38 959 inhabitants in 2007 (OCT).
Located 8000 km from the European continent, Saint Martin is 8 hours flight away from Paris. The Princess Juliana Airport, located in the dutch side, is an international hub with regular flights from Paris and Amsterdam. The Grand Case airport located in the french side is a regional airport and provides daily connections between Saint Martin / Guadeloupe and Martinique.
The island knows an intertropical oceanic climate, with a so-called “dry” season (from December to May) and a so-called “wet season” / Hurricane season (from June to November) The average temperature is 27 ° C all year. The sea surface temperature is fairly constant between 25 ° C and 28 ° C.
The capital of the French part is Marigot and the one on the Dutch side is Phillipsburg 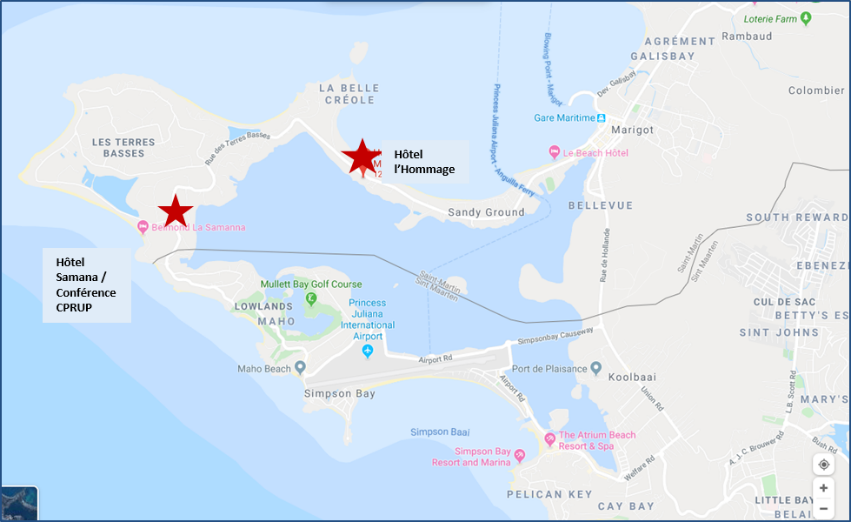 Transportation
The organizers has arranged transfers for the arrivals and departures of the delegations as well as all transfers planned during the Conference.
In order to ensure the smooth running of the Conference please take into account the departures and returning times indicated in the program.

Housing
Hommage Hotel is located at 173 Rue de Baie Nettle Marigot, 97150, Saint-Martin
https://hommagehotel.com/
You can benefit from the preferential rates below until December 31, 2019:
Standard room (street side) : 189 euros
Superior room: 198 euros
Junior suite: € 220.50
Duplex: 261 euros
In order to make your hotel reservation, please send your request by email to hello@hommagehotel.com, with the code RUP2020.

Further information
For security reasons please use the identification badge that you will receive at the hotel reception throughout the Conference.