For several years, the European Commission has been promoting the transformation of the economic model in Europe, strengthening ecosystems and innovative processes in different territories, through “smart specialization strategies” (RIS 3), which implies a close partnership between all actors involved, in a bottom-up approach.

In this context, at the initiative of the Guadeloupe Region, the ORs drew up a common position on their respective RIS 3 strategies which they communicated to the European Commission on August 4, 2017, and in which they highlighted the positive elements elaborated in their approach, the potential of their territories as test labs for of innovative solutions and their willingness to work together to strengthen their research and innovation capacities.

Concerned about strengthening its cooperation in that field, the XXII Conference of Presidents of ORs held in French Guiana in October 2017, adopted an agreement creating formally this thematic cooperation network.
The RIS3 OR network has the following objectives:

• Elaborate guidelines and common positions, approved by the OR monitoring committee, so that their potential is better considered in the post-2020 European policies;
• Propose adaptations of the EU’s legislative and non-legislative texts to the reality of outermost regions in areas of interest of the network;
• Mobilize necessary human and material resources and identify funding mechanisms and opportunities for the preparation and implementation of joint projects resulting from the work carried out by the network;
• Present projects to calls and expressions of interest, as well as pilot actions of thematic platforms and other initiatives launched by the EU.

Among the work undertaken by the RIS3 Network, there is the development and follow-up of the H2020 Call for Proposals (SWAFS) – FORWARD.

In October 2014, during the 3rd Forum of the Outermost Regions, the Presidents signed “the agreement for the creation of the network for employment of the outermost regions of the European Union”. The overall objective of the network is to propose guidelines and strategic lines to establish a cooperation between ORs in the field of employment and to jointly develop innovative actions and projects on employment-related issues.

Thanks to their collaboration, the first plan for green and blue jobs of the ORs was adopted and presented at the seminar on employment in the outermost regions, organized by the European Economic and Social Committee and the European Commission at the end of November 2015. This “Plan choc” was designed because of the specific situation of each region and the analysis of future sectors in which it is possible to create potential jobs: green and blue jobs.

Lastly, the “Grow RUP” project was approved, with the participation of the Azores, Madeira, Réunion, the Canary Islands and Martinique, as part of the Interreg Europe program.

The Network also prepared contributions to public consultations launched by the European Commission. 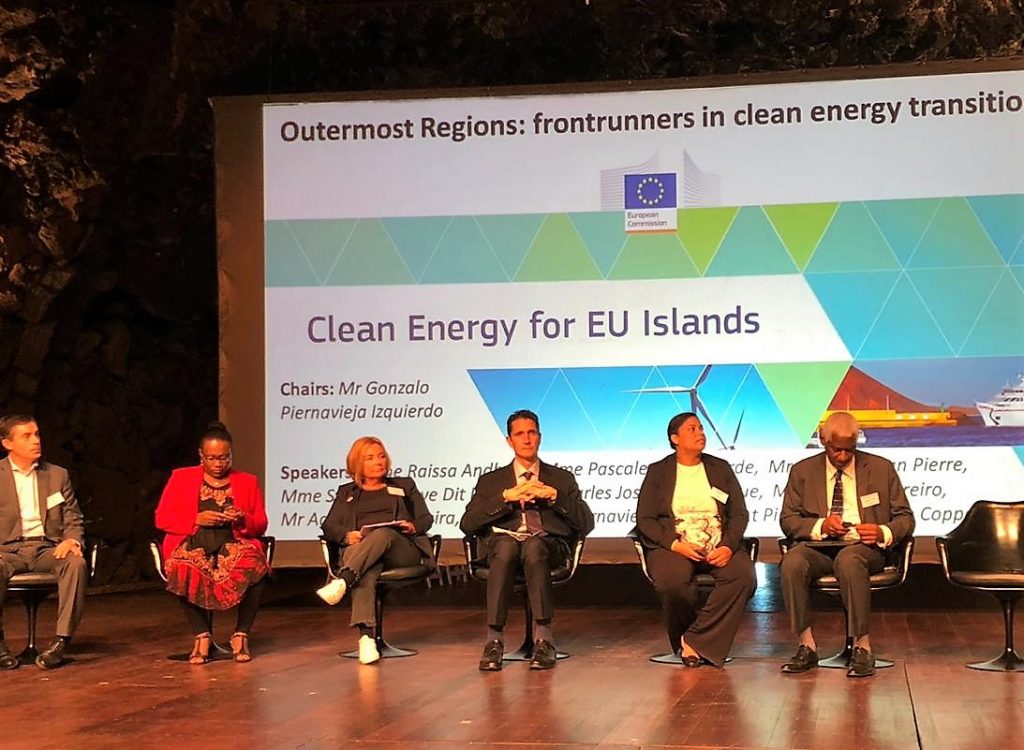 At the first International Summit on Renewable Energy which took place in the Canary Islands in March 2015, the creation of an OR network for coordinating energy issues received a political support of the Conference of Presidents of outermost regions. This new network was then materialized by the signature of the Presidents at the XXI Conference of Presidents held in Funchal (Madeira) in September 2016.
Since then, work has been done to identify the objectives and future actions of the network. A series of joint actions have been conducted, such as: the preparation of fact sheets on the energy situation of each OR, contributions to public consultations of the European Commission in the field of energy.

One of the first actions of the network was to ask DG REGIO and DG ENER to study, in collaboration with the ORs and their respective states, the best way to finance renewable energies and energy efficiency in these regions, as mentioned in its communication (2012) 287 final “The outermost regions of the European Union: towards a partnership for smart, sustainable and inclusive growth”.

Within the network, various actions are carried out at the Commission and the Parliament level to better consider the specific energy situation of outermost regions in the future EU legislation on energy transition.

A joint project called “RESOR” was also successfully presented under the third call of the INTERREG Europe program and in which the Canary Islands, Madeira, Azores, Guadeloupe, Martinique and Reunion island are actively participating. The project has as other partners: the Epire Region in Greece and the Cypriot Energy Agency.

Finally, the network has been recognized by the European Commission in the Communication (2017) 623 final “A stronger and renewed strategic partnership with the EU’s outermost regions” as a collaborative platform searching for sustainable energy solutions.

The OR energy Network will present its cooperation activities and key projects at the 2018 Annual Policy Conference of the European Energy Week.