Message from the President

Message from the President

It is with great pleasure, but with a sense of responsibility, that the Azores assumes the presidency of the Conference of the Outermost Regions of the European Union, in this time of enormous challenges for Europe and also for the world, recognizing the enormous difficulties that we all have to face. 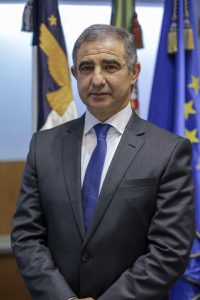 2020 was a huge challenge for the European Union. The effects of the still unfinished Brexit and the pandemic that hit the world are perhaps the biggest evidence of the past year. But other challenges are equally fundamental for communities in our regions, and it is with the aim of obtaining concrete responses from the European Union to our common problems that we present a crosscutting program in the Union’s sectors of intervention, according to its competences.

It is important, more than ever, to face the increased weaknesses that characterize our regions, in the economy, in health, in employment, in education and in culture.

The Azores action program for the presidency of the Conference will have two nuclear aspects.

The first intends to safeguard the acquis communitaire acquired for the outermost regions of the European Union, while the second intends to design a new European strategy for them.

An integral strategy, capable of opening up to the various areas of contemporary life, capable of ensuring the convergence of our regions with the European Union and, in this way, fulfil the equal dignity and full European citizenship of our communities.

The Presidents of the Outermost Regions are aware of the evolution that the process of European construction has undergone in recent years. And for that reason, too, we try to keep up with the challenges, some of which are tortuous, that Europe faces.

The Presidency of the Azores, aware that the Covid-19 pandemic constitutes an unprecedented challenge that, over the next few years, will involve an adaptation of the ways of doing and working, will develop its program in different scenarios. We will organize two meetings between the Presidents of the Outermost Regions. The first already in May, preceding the informal General Affairs Council dedicated to cohesion, which will be carried out by virtual means. The second, we hope that it can take place in person in November and, there, we will have the pleasure of receiving our counterparts in the Azores for the annual Conference that will take stock of our work in 2021 and mark the passage of testimony from the Presidency.

There are and will be more restrictions than advantages. Nobody, least of all us, expects, at this time, a time of ease.

What awaits us is work!

Times are tough. We have to be even stronger.

President of the Regional Government of the Azores