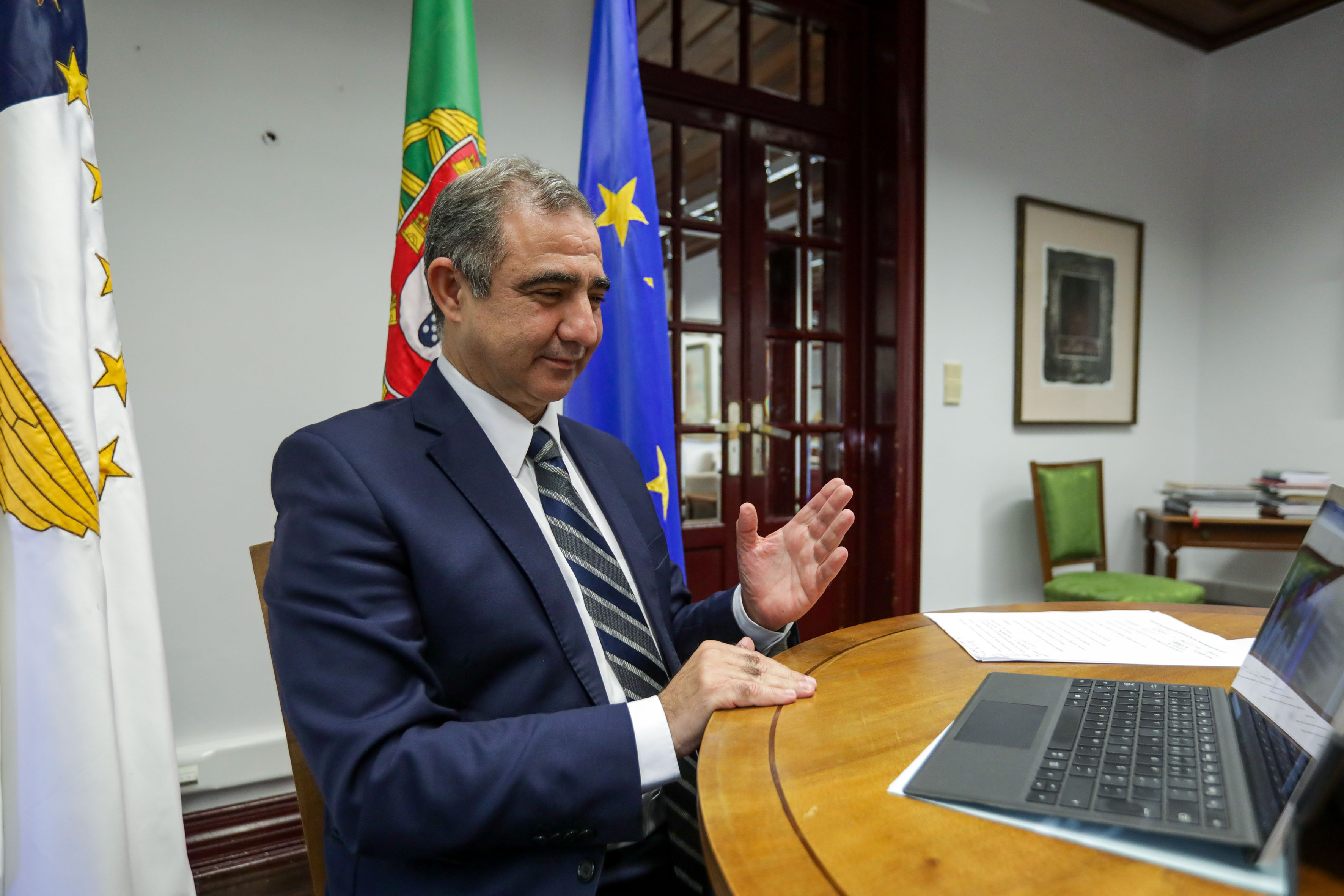 The President of the Regional Government of the Azores, José Manuel Bolieiro, highlighted today, in Ponta Delgada, the “sense of responsibility with which the Azores assume the Presidency of the Conference of the Outermost Regions of the European Union”, aware, on the one hand, of “the high level to which previous presidencies have accustomed us ”and, on the other hand,“ the enormous challenges that the pandemic times in which we live face us, with strong impacts on our economy and our populations. ”

In the testimony speech of the Presidency of the ORs, made by videoconference, José Manuel Bolieiro thanked the leadership of President Ramadani and his team, from Mayotte, “for the enormous work carried out in such a difficult period, but it was also time for some good news for the next Multiannual Financial Framework and the Recovery and Resilience Mechanism, underlining that what has been achieved “inspires and motivates me for this presidency, but at the same time, fills me with responsibility and focus.”

According to the President of the Government, the action program being prepared is based on two nuclear areas, namely, “the safeguarding of the acquis communautaire that concerns us and the important achievements that we have been leading together ”And, secondly,“ the search for a new European strategy for the ORs, an integral strategy, capable of opening up to the various areas of contemporary life, capable of ensuring the convergence of our regions with the European Union and, through this path , the fulfilment of the equal dignity and full European citizenship of our communities. ”

The head of the Azorean Executive stressed that, on the one hand, “we will seek to bring Europe to the Azores and to the other Outermost Regions, promoting an even greater presence of the Union and the Outermost Regions in the daily lives of our communities, starting with the youngest, who are our future, and for schools.”

“We propose to create a Research Laboratory RUP that, in addition to bringing together our Universities, will also extend to the Higher Institutes, as well as the continental counterparts available to collaborate with us in the scientific advice of our performance and in the accumulation of critical mass ”, guaranteed the President of the Government, highlighting“ the unique conditions that we have, right from the start, in the environment, science, technology, research, blue, circular, green economy, among so many other areas. ”

According to José Manuel Bolieiro, in times of a pandemic, “it is important, more than ever, to face the increased weaknesses that characterize our regions, in the economy and in health, as well as in employment, education and culture in particular”, it is also necessary to “take due advantage of the evident added value that we present and also bet on the blue economy and the green economy, on renewable energies, on monitoring, combating and mitigating climate change.”

In geostrategic terms, José Manuel Bolieiro underlined “the establishment of bridges between civilizations and the projection for the world of the fundamental values ​​on which the European project is based: peace, human rights, the democratic state and the law, cross-border cooperation, among others.”

José Manuel Bolieiro also underlined the honour and symbolism of his first official act as President of the Government, ensuring that he will be “uncompromising in promoting our potential and defending our interests and specificities.”