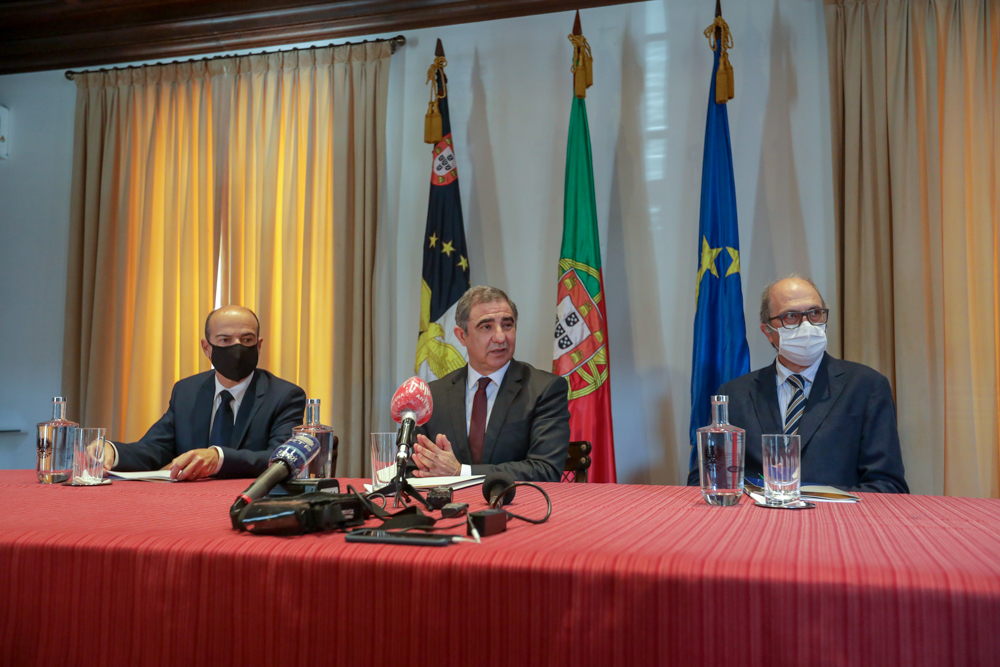 The President of the Regional Government stated today in Ponta Delgada that the Presidents of the Outermost Regions, aware of the evolution of the European construction process, “seek to follow the challenges, some of them tortuous, that Europe now faces.”

José Manuel Bolieiro spoke during the presentation of the programme of the Azores presidency for the Conference of Presidents of the Outermost Regions, where he was accompanied by the Regional Under Secretary of the Presidency, Pedro Faria e Castro, and the Regional Director for European Affairs and External Cooperation, Carlos Amaral.

“The year 2020 was a huge challenge for the European Union with the effects of the pending Brexit and the pandemic that hit the planet being the strongest evidence of the past year. With the aim of finding specific responses from the European Union to our common problems, we present a comprehensive programme in the intervention areas of the European Union, according to its competences,” he said.

For the head of the Azorean Government, the coordination with the Portuguese Presidency of the European Union Council ” is of particular importance as well as the implementation of the Recovery and Resilience Plans and the Community budget for the 2021-2027 period.”

According to him, “the Azores Presidency is developing this programme with three different scenarios in mind, namely more favourable conditions for travelling, the promotion of digital and online work and videoconferencing, and the use of face-to-face and digital activities and initiatives.”

The goals of this programme are pursued through a series of activities that will take place throughout this year, involving not only the Conference but also the Council of the European Union.

On the occasion, José Manuel Bolieiro assured the commitment of this Presidency “to strengthening the concept of the outermost regions, through the European Union’s strategy for these regions, by improving POSEI” and acknowledging these regions in the single market.

During the Presidency, the XIII Regional Government will organise two meetings between the presidents of the outermost regions, one in May, by videoconference, and another in November. The latter should be held face-to-face with the aim of analysing the work carried out in 2021 as part of the transition from one presidency to the next.

The President of the Regional Government expressed the Government’s satisfaction with the agreement and approval of the recovery and resilience mechanism, agreed at 672.5 billion Euros for the entire Europe, with the amount to be allocated to Portugal currently under negotiation.

José Manuel Bolieiro also welcomed the fact that an agreement was reached on the ERDF Fund and the Cohesion Fund, amounting to 240 billion Euros for the 2021-2027 period, which currently awaits the formal authorisation of institutions and their respective votes.

On the sidelines of the session, the President of the Government, asked by journalists regarding the Regional Vaccination Plan, reiterated that the goals “stipulated for the vaccination stages and the delivery of vaccines to the Azores are being met, with 5,160 Azoreans already vaccinated.” As he emphasised, “what we had guaranteed is being accomplished.”