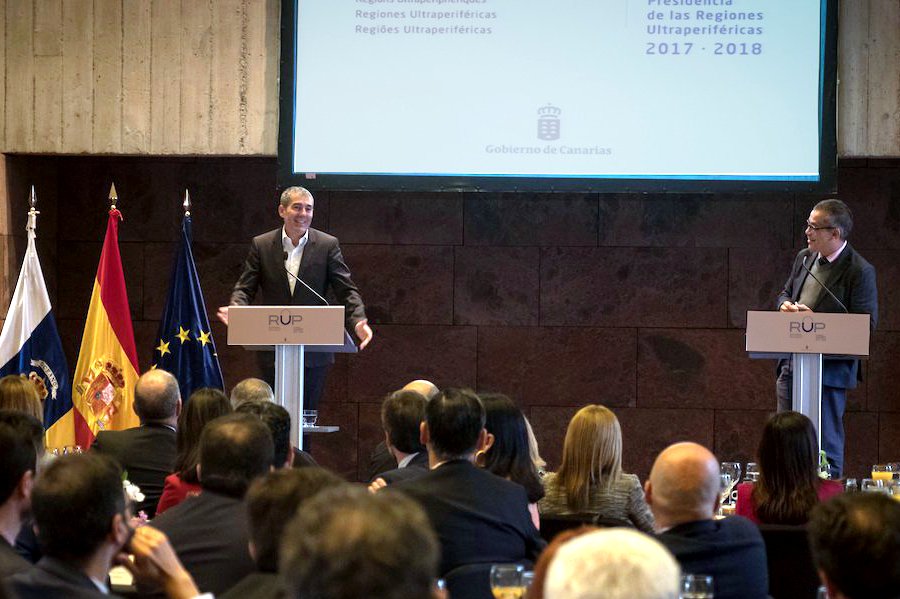 The President of the Government of the Canary Islands, Fernando Clavijo, stressed today, Thursday, the importance of the political work planned for 2018 with the aim of strengthening the role of the Outermost Regions (RUP) within the European Union (EU). In this regard, the Canarian president stressed that 2018 will be a “key year” to achieve “strengthen the role of the nine outermost regions in Europe.”

Clavijo, who since last October has served as the rotating president of the Conference of Presidents of the ORs, intervened today at a working breakfast held at the headquarters of the Presidency in Santa Cruz de Tenerife. “In the current context,” said the head of the Canarian Executive, “with a Europe immersed in a process of changes derived from new challenges such as Brexit, environmental challenges and climate change itself, as well as the challenge of managing flows migratory, it is essential to coordinate efforts between the ORs to defend our fit in the political, economic and social context of all the countries that make up the EU “.