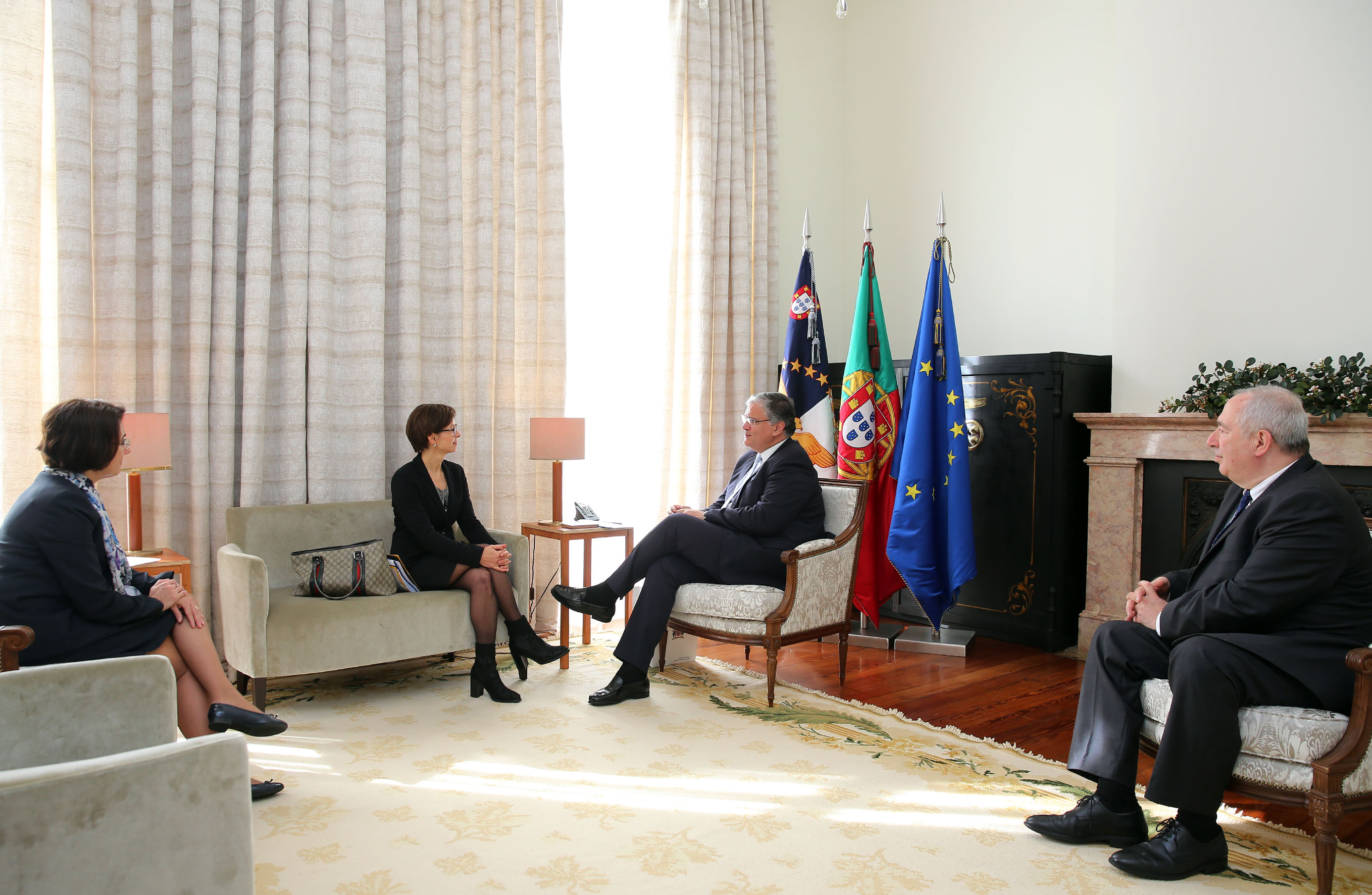 Between the 18th and the 19th of March, Dana Spinant, Director of the Directorate-General of Regional and Urban Policy of the European Commission, and Paula Duarte Gaspar, Head of Unit of the Outermost Regions in the same Directorate-General, have travelled to the Azores.

“The first message that we bring back is very positive, because the Azores are working very well when it comes to the good usage of the funds that have been allocated to them by the EU through its cohesion policies. Portugal is doing well as a whole, but especially the Azores who are outperforming the rest of the country”, said Dana Spinant during the meeting with the President of the Regional Government of the Azores, Vasco Cordeiro, in which the Regional Assistant Secretary of the Presidency for External Relations of the Government of the Azores, Rui Bettencourt, also participated. 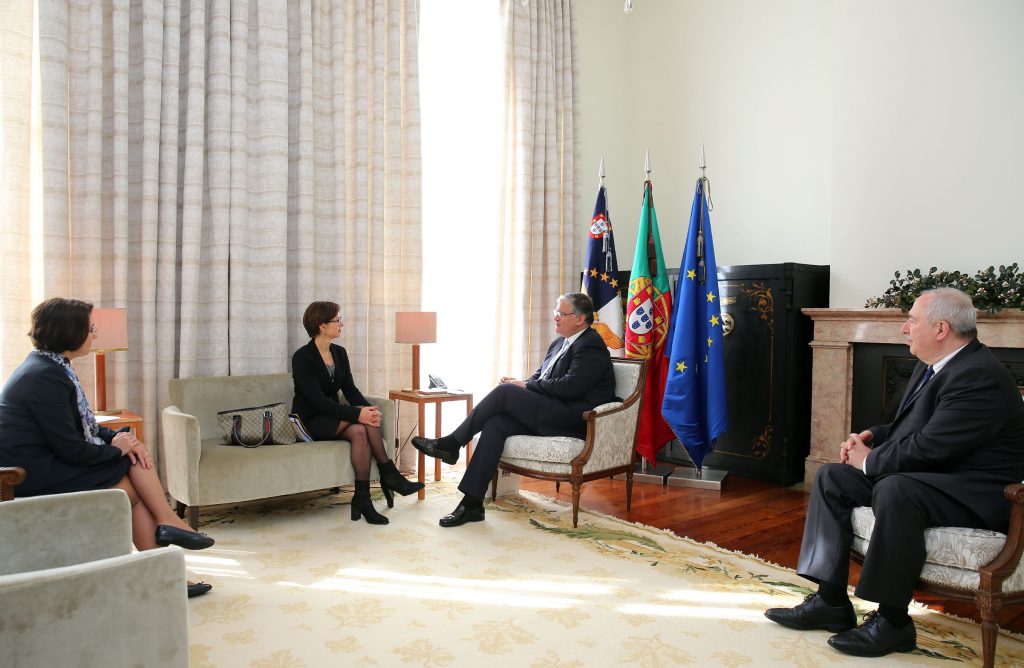 During the morning of the first day, the DG REGIO team was still able to visit NONAGON (Science and Technology Park of São Miguel), where they were introduced to some enterprises established in the building, as well as to the concept behind NONAGON, to the projects that the Azores are part of which are funded by EU funds, and, lastly, to the projects which are being developed in the Region in the scope of Space Policy.

The highlight of the visit was the Citizens’ Dialogue – “Açores Europe: Paths of Future”, jointly organized by the Cabinet of the Regional Assistant Secretary of the Presidency for External Relations of the Government of the Azores/Regional Directorate for European Affairs and the Directorate-General of Regional and Urban Policy of the European Commission (DG REGIO). This event posed an important opportunity for the citizens to participate and express their point of view, where it was possible to reflect on the process of European integration and on the major concerns and expectations of its people on key and diverse topics of the EU, fostering debate among the citizens. 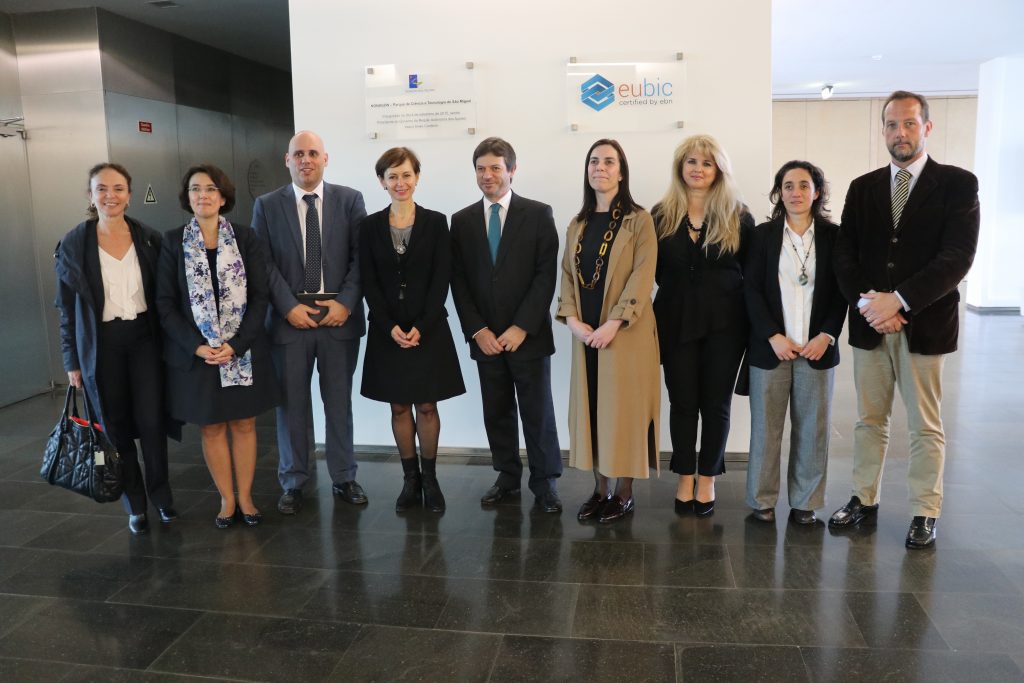 The event took place, simultaneously, in São Miguel, Terceira and Faial, through a direct connection established between the 3 islands. The date in which the event took place was intentionally set in order to overlap with the 5th anniversary of the death of the Professor José Medeiros Ferreira, an Azorean historian and political figure who, as former Minister of Foreign Affairs, promoted Portugal’s application to the EEC, and who also has the scholarship program of the Government of the Azores for the attendance of the College of Europe named after him. For this reason, during the event two videos were screened: a tribute to the Professor and a video with statements from Azorean students that have attended the College of Europe. Thus, the Citizen’s Dialogue has also addressed questions pertaining to the fields of education and formation of the European youth (particularly the Azorean youth).

In the second day of the visit, the DG REGIO team was able to meet with all the Regional Directorates of the Regional Government of the Azores. The meeting was a great opportunity to discuss the implementation of the EU’s strategy for the Outermost Regions, as well as the biggest challenges being faced in the various areas of operation. 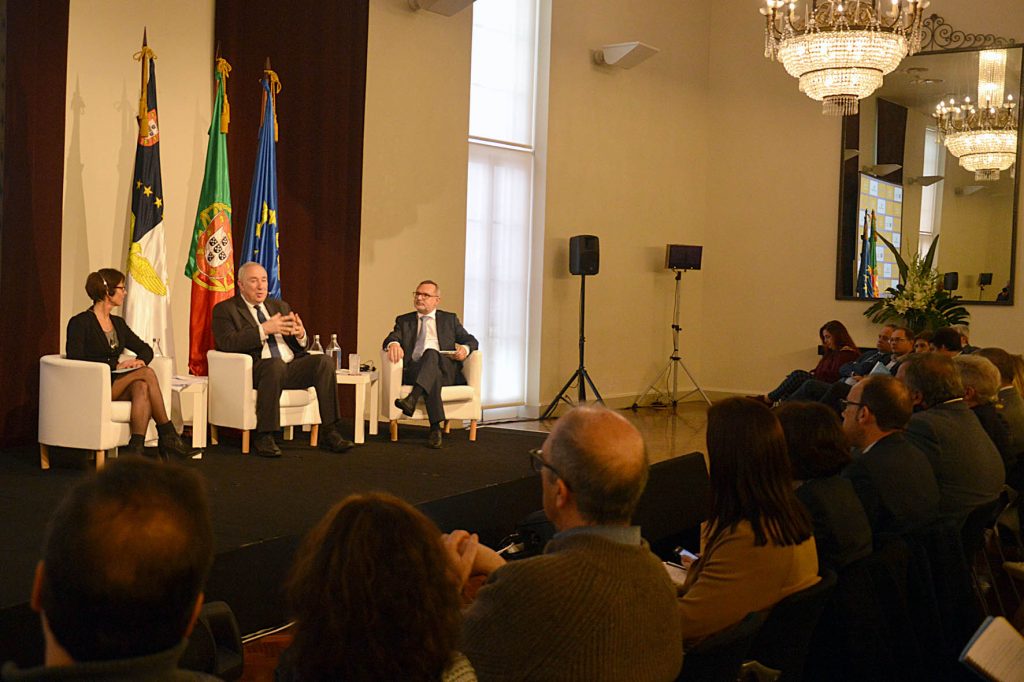 The Head of Unit of the Outermost Regions of DG REGIO, Paula Duarte Gaspar, accompanied by the Regional Director for European Affairs, Célia Azevedo, was still able to visit, in the island of Faial, the Capelinhos Volcano Interpretation Centre where she was introduced to the project “LIFE Azores Natura – Active protection and integrated management of Natura 2000 Network”, the School of the Sea of the Azores, and the Department of Oceanography and Fisheries of the University of the Azores.