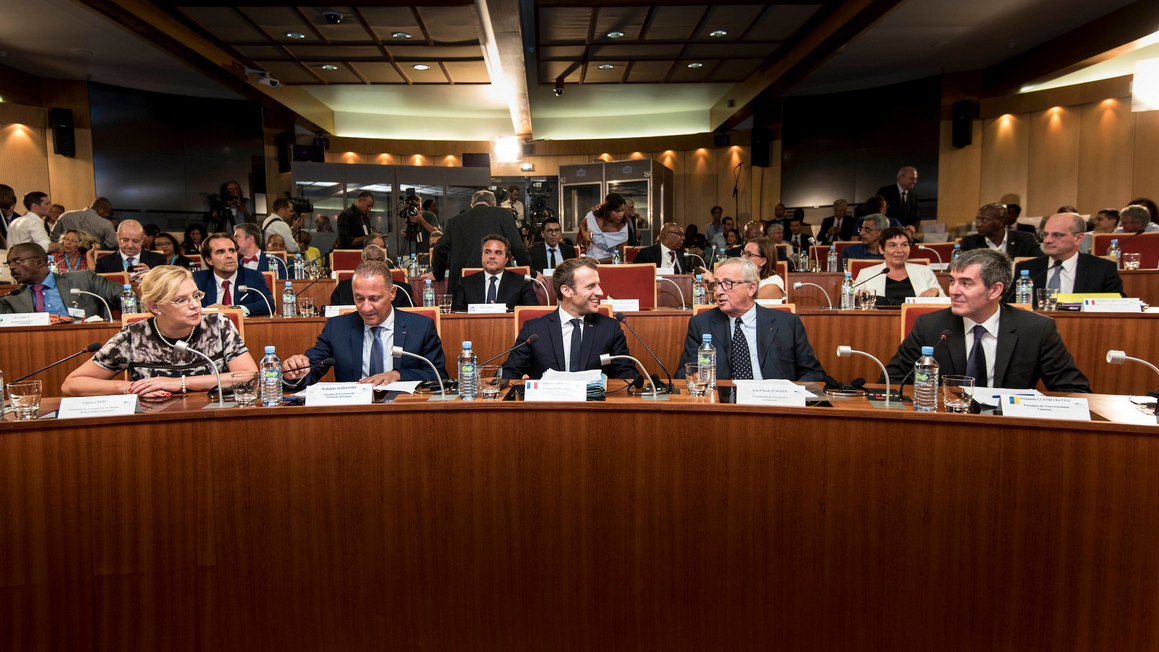 The annual meeting of the Conference of Presidents of the Outermost Regions, the main body of cooperation between the ORs at both the political and technical levels, took place in Guayana, to act in a concerted manner in the defense of the status of the outermost regions before the authorities. national and community

In this meeting, Fernando Clavijo, president of the Government of the Canary Islands, received, at the hands of Rodolphe Alexandre, president of the Territorial Collective of Guayana, the ownership of the Conference of Presidents of the Outermost Regions, in an act in which Jean was present Claude Junker, president of the European Commission, Emmanuel Macron, French head of state, as well as the rest of the heads of the RUP regions, the representatives of Spain, Portugal and the European Parliament.

The strategic lines that the Conference of Presidents intends to promote during their presidency are specified in three main lines of action. The first will be to “move forward in priority areas of common interest”. This means working to finalize the new European strategy for the ORs as of 2021.

The second major objective of the Conference of Presidents for this presidency will be “to strengthen cooperation with institutions and other European partners”, insisting, as the president said, “in strengthening the partnership with the European Commission, and very particularly with the RUP Unit of the General Directorate of Regional Policy “.
The third of the objectives refers to the need to promote actions to “promote ever closer and more efficient cooperation between the outermost regions.”